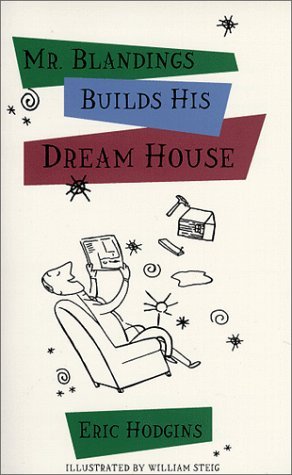 My initial reaction to finding out the national treasure who is Tom Hanks had been diagnosed with the Coronavirus was . . . .

But then I got distracted when the news started showing clips of some of his movies and mentioned that this fave . . . .

Which I should have been smart enough to realize, but somehow never put two-and-two together. When threats of the library shutting down temporarily sprouted, I went ahead and added this oldie but goodie to my wheelbarrow of checkouts. There’s not a whole lot to say about it. Mr. and Mrs. Blandings are New Yorkers raising a couple of kids and find themselves quite comfortable financially after he strikes gold writing ad copy for a popular laxative so they decide to build a house in the country. Connecticut is where they find their money pit and it’s one disaster after another until their $10,000 dream house is complete – at the cost of approximately $55,000.

It probably goes without saying that this book is exhausting to read. While it is humorous (and was based on the author’s own nightmares of building), it will wear you out with its over-the-top-ed-ness (new word). The plus side is the weird almost affair between Muriel Blandings and the family attorney Bill Cole does not exist in the paper format. (And can we just talk about that? Who would even consider banging uggo Melvyn Douglas when Cary Grant’s delicious dimple was in bed next to you????)

Anywho, get the book or not. I’m sure the author won’t care since he’s been dead for 50 years. I highly recommend checking out both films, however.
Posted by Kelly (and the Book Boar) at 7:00 PM