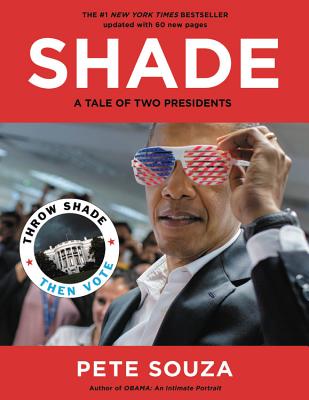 If you know me, you know I was raised to believe that you don’t talk about politics or religion outside if you want to maintain relationships. That being made clear, if you feel the need to defriend/unfollow me for posting something up about this book, I’ll have zero problem with it.

I will fully admit I have wanted to get my hands on a copy of Shade ever since I heard about it. I will also do something I never thought I’d do and disclose to you that I did not vote for Obama. Either time. (Just in case people were starting to gather their pitchforks and torches to tell me what a “Libtard” I am.) Not that it’s really anyone’s business, but I’ll even give you the reason. The first time was simply due to the fact that I’m from Illinois – born and bred and there has been nothing but corruption in that state my entire life. I wasn’t about to vote for a Junior Senator who may have been as phony as a three dollar bill just because he knocked my socks off with one speech and Oprah told me to. The next time was for the simple fact that I consider myself socially liberal and fiscally conservative and so does Mitt Romney. And that’s all I’m going to say about that. (Nice knowing some of you.)

If you know anything about Pete Souza you know he’s not necessarily just another “snowflake” either. Before photographing the Obama White House he did the same for Reagan. Now, Souza most certainly was an Obama fan, but that doesn’t negate the near necessity of releasing his little slice of history. This book shows the complete mockery electing a narcissistic, mentally unstable reality star has made of the Presidency. While I may not have agreed with all of Obama’s ideas and/or policies, I never doubted that he knew just how important his role as President was. Trump??? Well . . . I think this image says just about everything . . . . . 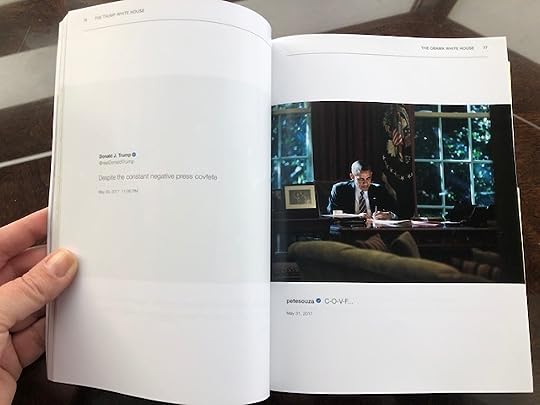 This book is full of examples – both in the form of Tweets and “fake” news – demonstrating just how out of touch with the pulse of the nation the current President is. No matter your politics, it should serve as a reminder that the next time you go to the polls (whether it’s to pull red, blue or other) you should try to vote for someone who at least attempts to . . . . 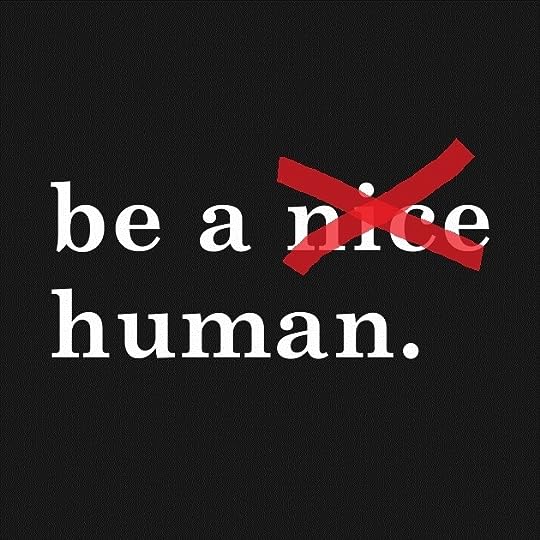 A reviewer copy was provided by Little Brown in exchange for this review. I have thumbed through this enough times at the local bookstore to know that it would receive 5 Stars so the freebie had zero bearing on my rating.
Posted by Kelly (and the Book Boar) at 7:30 PM