Have a Little Faith in Me by Sonia Hartl 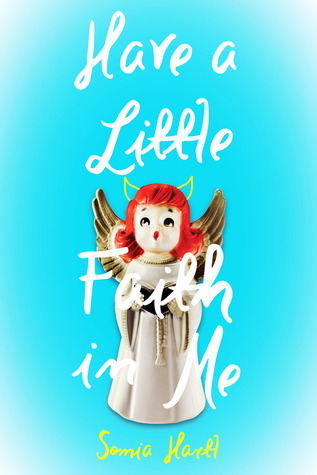 “Watch me double backflip on a half-pipe for Jesus.”
CeCe thought she and Ethan were a perfect match – so much so that she offered up her V-card to him. When Ethan decided to end things in order to become a “born again virgin” CeCe was willing to do anything to get him back – including attending Camp John 3:16 . . . . 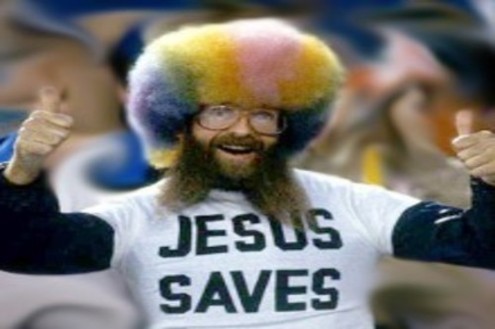 The only problem? CeCe isn’t what you’d call a Christian. Luckily, her lifelong bestie/neighbor Paul is (or at least used to be) and he’s willing to tag along. What neither of them bargained for was Ethan having a pre-established “camp girlfriend” and needing to fake a romantic relationship of their own in order for CeCe to maintain her well-planned cover . . . .

“They won’t kick you out for not knowing as much Scripture as they do. But they might try to baptize you.”

“Joke’s on them. I took care of that before we came.”

“You? Got baptized? Where did this take place?”

“You have to promise not to laugh in my face.”

“Okay, so you know that guy who hangs out on Wilson and East? The one with the long beard who wears a THE END IS NEAR sandwich board?”

Let’s be real honest here and say going into this I was aware that I would probably be willing to be very forgiving before giving this a 1 Star rating. I mean, that cover? That title? That shoutout to Saved in the blurb?????

I’ll also admit I had some momentary disappointment that there wasn’t more of this included in this story . . . .

But that quickly passed when I realized that this is quite possibly the best YA book I’ve ever read when it comes to talking openly about consent and sex (and abstinence) and antiquated beliefs about “asking for it” and how the three most important words that are said between two people before/during/after they have sex probably shouldn’t be “I Love You” but rather “Is This Okay” or “Are You Okay?” It’s about taking control of your own body and the choices you make with respect to what you feel comfortable doing with it, and it gets every single star for being presented in such a humorous/non-preachy way. Because, come on . . . . .

“Losing your virginity sucks. Nobody knows what the hell they’re doing.”

Standing ovation to Sonia Hartl for this one.
Posted by Kelly (and the Book Boar) at 7:30 PM