Billy and Me by Giovanna Fletcher 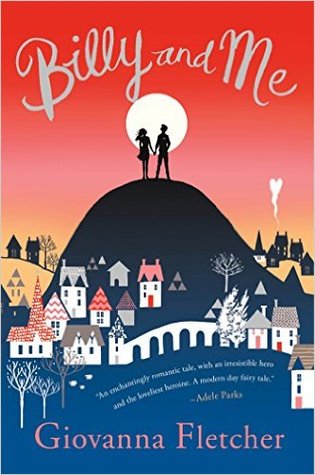 Here’s another book I never reviewed, despite finishing it LAST FALL. I thought I’d leave well enough alone, but then I remembered . . . .

I believe this was a “if you like this, you may like this” library software recommendation. I instantly requested it for the cover alone. Then I took a peek at the synopsis and was instantly reminded of another story . . . .

But this poor little thing was just turrrrrrible. It started almost immediately . . . .

Then there was the fact that the female lead lived an hour outside of London, but knew absolutely nothing about the city other than Trafalgar Square. Seriously? I mean I’m as hermity as they come, but I still made sure to make the drive in order to putz around Chicago occasionally when I lived in Illinois. This was followed by the instaloviest of all love where our film star leading male decides after about 17.4 seconds to stay with the girl he pretty much just met followed by asking her to move in with him. Buuuuuuuut he makes sure he takes all the jobs there are to take and flirt with all the girls because that’s part of the job and then she makes sure to be super offended by the part of the job that is actually part of the job and they are both just horrible and have the emotional development of about an 11-year old and good lord I can’t believe this is A SERIES?!?!?!?! Yeesh. I’m also 100% blown away that this was not self-pubbed. The characters, plot, pacing, ALL of it was just awful.