How Not To Get Shot by D.L. Hughley 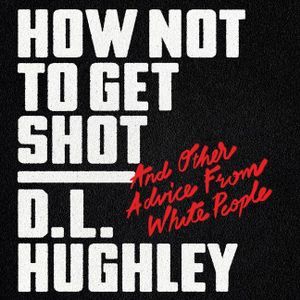 An image of the cover of How Not To Get Shot should be listed under the definition of the word tragicomedy, because this is about the best example I can think of. Hughley is obviously a believer in the “gotta laugh so you don’t cry” mindset as he covers some of the most depressing subjects via laugh-out-loud satire. From police shootings to poverty to protests to current and former administrations – Hughley is not afraid to tackle any topic.

Obviously the people who need to read this in order to “get woke” probably won’t ever even know it exists. Others will instantly 1 Star it or label it “reverse racism” – and I’m not even going to get into that for fear of my brain exploding. Don’t want to read this? Don’t. I’m pretty sure it won’t break D.L. Hughley’s heart. If you do want to give this a go, however, you’ll find not only is it funny, but it’s also well researched and smart. I also highly recommend the audio over the print version. Hughley’s delivery adds so much to the funny. Especially when it comes to our current President’s attributes . . . .

• Gaudy and loud
• Incompetent
• Lazy
• Emotional, flies off the handle
• Angry
• Unintelligent—not bright
• Lots of kids by different people
• Cheats on his wife
• Talks a lot of shit

All the shit you ascribe to black people! He does all of that shit.

(He also says the F-word oh so very well.)

Now you can decide if you’re too much of a snowflake to read this. *wink*
Posted by Kelly (and the Book Boar) at 7:30 PM