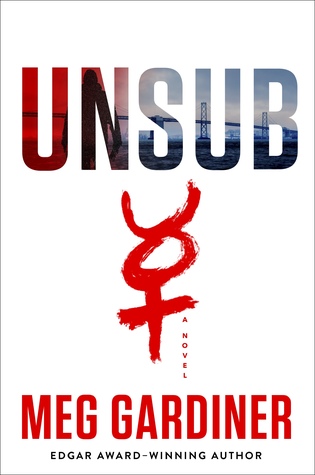 “Abandon Hope, All Ye Who Enter Here.”
Caitlin Hendrix’s childhood was almost ruined by a serial killer. Her father was the lead detective on the case that featured . . . .

“Eleven murders, all unsolved. An UNSUB: the unknown subject who would come to be called the Prophet. He made women stay home instead of going out alone. He made parents bring their children in before it got dark, and keep them inside. For five years, one of the biggest metropolitan areas in the country lived in fear, dreading the next news bulletin. Waiting for the Prophet’s next victim. Until he disappeared.”

Caitlin’s father nearly lost his sanity as he was consumed by it. Now it’s twenty-five years later and Caitlin has followed in her father’s footsteps when it comes to her choice of career. Maybe more than even she bargained for . . . .

“All these years you thought I was gone. But hell and heaven turn and turn again. Angels fall, the messenger descends, your insolence is harrowed, defiance ends. You wail in fury, but the Equinox delivers pain. It batters like a hurricane. Tremble now—you cannot hide.”

This was a mixed bag when it came to friends' ratings so it kept getting pushed to the backburner. As you can see from my placeholder "review," the only thing that forced me into it was the library message which was the equivalent of a triple-dog dare. When it comes to mysteries, there are two types that I enjoy. These . . . .

I will say I was a bit leery at the start when an “amateur sleuth” of sorts was introduced since this story obviously wasn’t trying to go in the Hallmark Mystery Channel direction. Luckily said sleuth wasn’t immediately deputized, but she did provide believable info that many people with too much spare time on their hands might find themselves trying to obtain so I quickly accepted her character. UNSUB lands at a solid 4 on the S7ven scale and was well on the way to a full 5 until the ending. Those endings – they can be tricky. You can either do a “WHAT’S IN THE BOX” last minute twist that makes everything oh so much better or you can do one like this . . . .

Still, a great story that I never once wanted to put down.

And now for a couple of public service announcements rants since I’m suffering a severe Case of the Mondays:

#1 Dear Goodreads: NO ONE wants a book automatically marked as “read” as soon as they turn the last page or the library takes it back. NO ONE. Stop the effing madness. Especially when it said I finished reading this THIS MORNING and the entire point of me even getting motivated to read the dang blasted thing was I only had Saturday, the 2nd, in which to start AND finish it . . . .

#2 Random Strangers on Social Media: It is December and several different “bookish” places are posting statuses (statii????) about Yearly Reading Challenges along with the magical goal of 100 books. NO ONE forces you to participate in them or that 100 books is a mandatory challenge goal, so take your “but I have a life” or “but I work all day and then am superparent to my minivan full of children and don’t have time to sit around doing nothing but read” and . . . .

Just because YOU don’t want to spend your spare time reading or participate in a challenge for fun doesn’t mean you need to put others who do on blast. You’re probably the first to rant about being “bullied” on social media too. Hypocrites. And on that note, this is my 200th book of the year. Challenge complete . . . .

LIBRARY: This book will expire in 24 hours 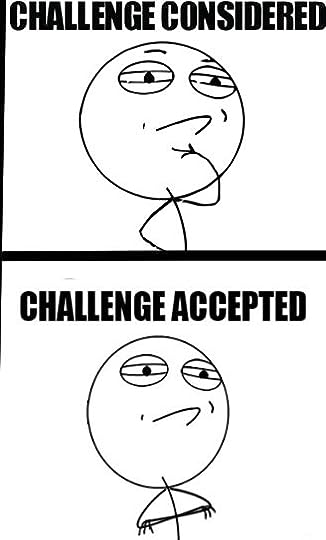