The Tribes of Palos Verdes 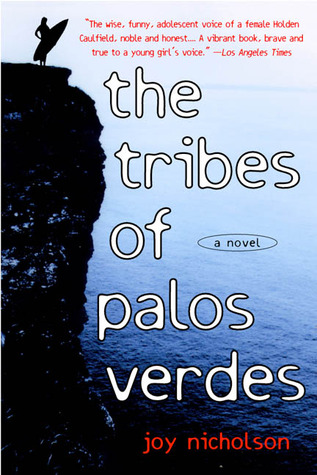 
“Surfers live by the rules of the wind and moon, because the wind controls how big the waves are, while the moon pulls the tide back and forth like a puppet on a string.”

This might have possibly earned its fifth star for being a “right place at the right time” kind of read, but I can’t imagine a universe where it would have scored less than four from me. If you know me (and Mitchell), you are aware that we enjoy a little . . . okay a lot of despair when it comes to some of our fave reads. What can I say????

The Tribes of Palos Verdes first appeared on my radar on one of those “books that will soon be a movie” lists that I am addicted to. I immediately wanted to read it simply for the cover . . .

But alas, the library didn’t have it. When the movie trailer popped up as an advertisement over on the Faceplace, I went looking to the library once again. I even gave up one of my seemingly endless porny book requests in order to beg them to buy this one. (I’m pretty sure they bought it simply to encourage me to not be such a perv all the time.)

The Tribes of Palos Verdes delivered misery in spades. Told from 15-year old Medina’s perspective, this is the story of what happens when her family transplants itself from the Midwest to an exclusive Palos Verdes neighborhood. A place filled with humble abodes such as the following and Average Joe types of neighbors like Donald Trump and the missus . . . . . 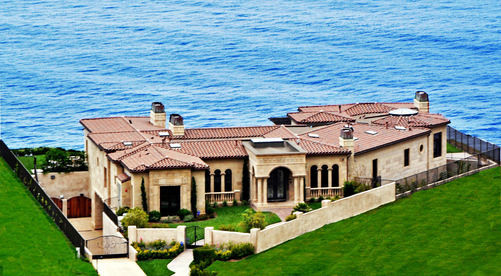 From a philandering father to a mentally unstable mother to a brother who attempts to fade into the woodwork via drugs to her own sad tale of being used (and abused), this story pulled no punches. I am always appreciative of authors who don’t feel the need to waste words, and Joy Nicholson delivers a real wallop here in barely over 200 pages. I also appreciate genre benders and The Tribes of Palos Verdes fits that bill as well as it appears it was originally released as an adult novel, but will definitely find its own tribe with older teens who like their fiction a little gritty.

Sidenote about the film: If Jennifer Garner can pull off this role I will eat my hat.
Posted by Kelly (and the Book Boar) at 7:30 PM