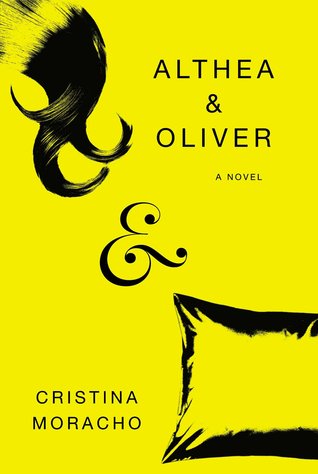 Althea & Oliver is a different take on the best friends-to-lovers trope. A very different take. I’m not going to waste any time or words on dealing with anything other than . . . .

The story here is that Althea and Oliver have been best friends since their first game of Candyland when they were six years old. When Oliver develops a strange illness . . . .

A line gets crossed that can never be uncrossed.

Bottom line is: Althea rapes Oliver. There’s no other way to say it. Oliver has a (so far) undiagnosed case of Kleine-Levin Syndrome (a/k/a Sleeping Beauty Syndrome) where he suddenly falls asleep and stays that way for an indefinite period of time. Sometimes he “wakes up” to use the bathroom, or to eat, but he’s never really conscious. Althea has been duped by Oliver before – accompanying him to the Waffle House when she thought he was back, only to have him eat his weight in breakfast and throw an absolute fit before falling asleep again. When Oliver and Althea attend a party which leads to their first make-out session where Oliver says he isn’t ready to take things further, only to once again succumb to one of his spells in short order, Althea knows the hypersexual Oliver she meets when he “wakes up” is simply a doppelganger of sorts. But that doesn’t stop her from having sex with him : (

Upon Oliver’s actual awakening, he can feel something is wrong, and when Althea is forced to confess he doesn’t want anything to do with her. And that is the part where a story that was well on its way to being 5 Stars simply for being such a THINKER of a tale dropped to a mediocre 3 because . . . . .

It got boring. And super unrealistic. I’m not going to even bother talking about it – let’s just say Althea’s time in New York? Ugh.

Since I’m not the target audience for this story, that may strictly be my issue, though. As I said before this still really was a real thinker of a book that should serve to open up the lines of communication regarding grey areas (for lack of a better term) of sexual encounters. At best, Althea taking Oliver’s virginity could be called dubious consent (I don’t even think you could call it that, but I’m willing to play devil’s advocate). But there’s also a question of “what if?” What if Althea said no or tried to stop Oliver because he wasn’t really Oliver and he couldn’t be stopped because he wasn’t really Oliver. She couldn’t do anything to stop him at a restaurant, would she be able to stop him in his bedroom? Obviously we’ll never know the answer since it wasn’t written that way, but it’s a pretty creepy thing to think about that would have changed the story 100%. Would readers be more sympathetic to Althea as a female being raped than they are of Oliver who (even in the book) receives “atta boys” rather than an OHMYGODGOTOTHEPOLICEIMMEDIATELY reaction? And what about Althea’s case of “buyer’s remorse” (again, for lack of a better term) when she decides to have sex with the über creeper Coby only to beat the shit out of him the next day? Althea appeared to be a willing participant – but she was also intoxicated so could she consent? These are topics parents need to be discussing with their children – especially in the current environment today. If it takes something fictional to be a jumping off point for your family’s discussions, this might be a winner.
Posted by Kelly (and the Book Boar) at 7:00 PM