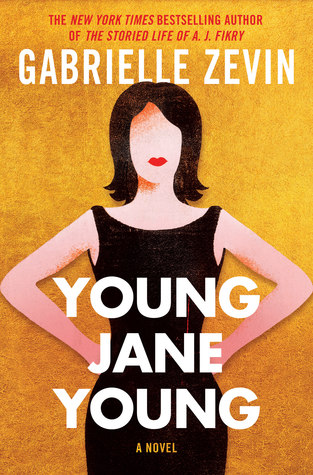 Young Jane Young is the story about the before, during and after when it comes to an affair that will sound pretty familiar to many of you . . . .

I’m not a huge reader of “Chick Lit,” but not for any real good reason other than I tend to steer myself toward stuff that’s a little darker and I don’t enjoy being emotionally manipulated. Young Jane Young was more than likely a winner for me because it didn’t try to make me have all the feelz and it didn’t try to create a victim/perp environment either. It was simply the story of what became of a young woman who had an affair with a public figure.

Aviva’s mother, Jane, Jane’s daughter, the congressman’s wife and Aviva all took a turn at telling Jane’s (or Aviva – depending if you knew her before or after the affair) story and not even strangers on the street kept their opinion of the matter to themselves. From the humorous recounting of Aviva's goings on by a stereotypical “Jewish mother,” to pen-pal correspondence between two young teenagers when Jane’s daughter finds out who her mother used to be, to a unique co-narrator in the form of a parrot that remains firmly perched on the congressman’s wife’s shoulder, to a “choose your own adventure” type of retelling by Aviva herself - Young Jane Young is, if nothing else, an extremely readable story. Maybe more so to people of my generation since it brought back all of the memories of a President who will probably go down in the history books as one of the good ones, if for no other reason than his humanitarian efforts, and his intern who eventually found success as a designer and most recently as an activist, but who both gave many of us a severe case of the squicks when their scandal broke.

It seems nowadays sex scandals and affairs are a dime a dozen, but in reality it’s definitely nothing new. Hell, I was raised in a good old-fashioned Catholic household which featured the “Holy Trinity” of portraits on the wall . . . . 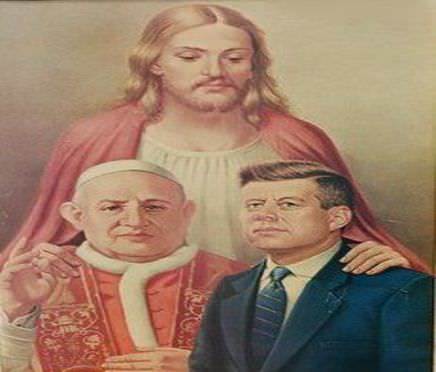 We’ve been forgiving political adulterers for ages!
Posted by Kelly (and the Book Boar) at 7:00 PM