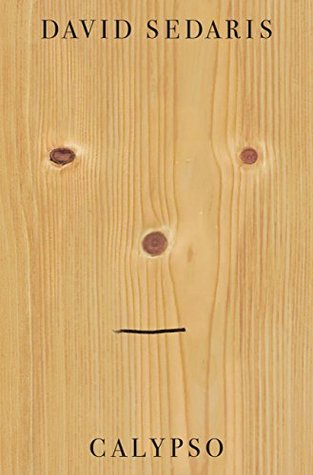 To say that this is a biased review might be the understatement of the decade. Many of you are already familiar with my love for the Sedaris family. It began with Amy and Strangers With Candy before I discovered her brother was a writer. Having now read all but one of his collections – and more recently re-listening to several of them during my commute – I have no shame in admitting I am completely smitten with every single one of the Sedaris clan. So much so that when a conversation between two people who didn’t enjoy Sedaris popped up on my feed last week I practically had to cut my fingers off to not interject with a "butbutbutbut" and nearly had myself convinced that the parties must be aliens and I should probably report them to the proper authorities. Then I remembered that people are allowed to have opinions and since David himself is probably well aware that he’s not everyone’s cuppa I should resign myself to that fact too. All that being said, I obviously need mental help and my rating should probably be taken with a grain dumptruck of salt.

Calypso IS good, though. A stand out, even. If you are a fan this should rise to the top of the ranks. With a reoccurring theme of visits with family (and Carol) at home in Sussex as well as at the “Sea Section” beach house in North Carolina, Sedaris delivers both humorous as well as poignant memories in spades – and even though I know I’m not supposed to quote an advanced copy as anything I was privileged enough to read could still end up on the cutting room floor, this little line sums things up perfectly . . . .

“Ours is the only club I’ve ever wanted to be a member of, so I couldn’t imagine quitting.”

Oh how I would love to be a fly on the wall during their “club meetings.”

By this point in my life I’ve actually received numerous offers by friends to attend one of David Sedaris’ public readings which are put on pretty much yearly here by a local bookstore and held at a giant, beautiful, non-denominational church. While I’m flattered that people like me enough to voluntarily spend time with me without being paid to do so, my response is always no. First, because of other humans . . . .

And second, but more importantly, because I’m terrified I would become this . . . .

At this point I don’t think I could settle for less than Thanksgiving at the Sea Section (I still agree with Paul that the Conch Sucker should have been the winner) on Emerald Isle (on the West side of the house where the visitors stay, of course - I’m not psycho). It is there we will binge-watch My 600-lb Life. Afterwards I will help dig a hole in the sand for the turkey deep fryer to sit in and make sure I have plenty of cash on hand to tip Amy while she performs my spa treatment after I kick alllllllll of their asses at Sorry.

I’m also fairly certain that I need a piece of driftwood art in my life like the one that will be featured on the cover . . . . 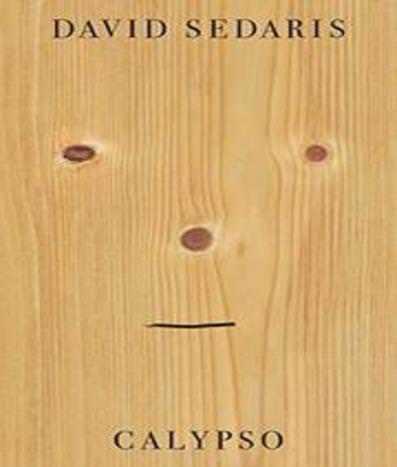 One-eyed raccoons. Such judgey little assholes, right? But you can’t deny the other option is sheer perfection . . . . 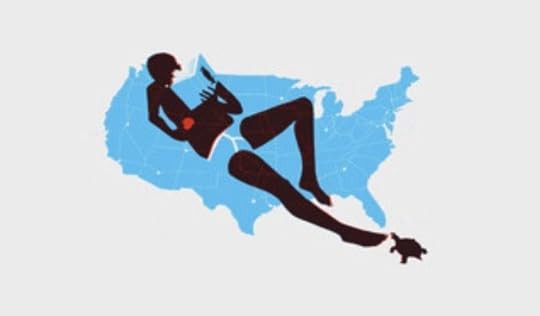 Oh, before I forget. I can't sign off until I mention the part about pants shitting . . . .

You might not have to love David Sedaris in order to be my friend, but you do have to find people crapping their drawers hilarious. No exceptions.

Man I can’t wait to listen to this one. Every Star.

ARC provided by NetGalley in exchange for an honest review. Hope you don’t regret it!

Note to Little Brown from my husband: Please give my wife the new Jason Sudakis book so she'll shut up about it already.

Note to husband from myself: Please don't try to help ever again.
Posted by Kelly (and the Book Boar) at 9:51 AM