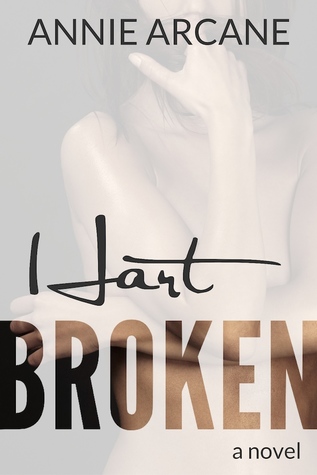 It was Jilly’s review that sent me running to the porny librarian post haste this time around. I pretty much didn’t need to know anything other than the leading male was in a wheelchair because . . . . . . .

I don’t even remember Cale’s description because he was 100% Finnick . . . errr, whatever Finnick’s real name is. Sam Claflin. Thanks Google! Anyway, I’m a real cheap whore when it comes to tropes and since this one had the “waking up in a stranger’s bed” one followed up with said stranger not being your usual alpha male I had much excite. Alas, the porny librarian did not have this selection so it went to the endless TBR where I would eventually get around to it. Or so I thought. Enter Jilly and her mad negotiating skillz . . . . .

She told the author I was interested and forced encouraged her to offer me a freebie. Darling little Annie (Seriously, look at her. She’s THE. CUTEST. I totally want my husband to leave me so I can try and swipe right on her) was all like . . . .

I was terrified I would end up hating this little gift and have to do what I do best and rip the mother*&^%er to shreds. But then I figured Jilly would have already informed her that I’m a raging hemorrhoid on the butt of Goodreads and she was willing to take a chance on me anyway. Boy am I glad she did!

If you are looking for a good romance read, I’d recommend this one. There is no instalove, but instead an actual relationship that develops over time. Both characters are broken (literally and emotionally) – but there is no magic peen or vajay that works as a cure-all for their problems. Instead they are forced to talk it out. If you are like me and can easily find your 4 Star rating dropping to a 2 or below due to not good sexuals, have no fear. This one is nearly fade-to-black and offers just enough to get you all like . . . .

OF COURSE I wouldn’t be me if I didn’t talk about the sexytimes. First, the majority of the stuff and things was by letting the fingers (or the tongue) do the walking because dudebrah had el zilcho when it came to feeling in the penile area. When they finally did take a trip to Pound Town Jilly thought there was thanks to some sort of shot (ouch), but I can’t let my brain go there so I was thinking it was more like a . . . . .

Type of device instead. Which leads to my only complaint. Mickey tells her friend that Cale uhhhhhhhhh tutored her for the big science test for FOUR HOURS . . . . .

The chaffing that poor guy had to have experienced! I hope he had some Neosporin handy.

Obviously this was a gift from the author. I give zero shits about hurting anyone’s feelings, though, so she didn’t get any extra Starzzzzzzzzz from me simply because it was free. She earned them.
Posted by Kelly (and the Book Boar) at 8:00 PM