Wow, No Thank You by Samantha Irby 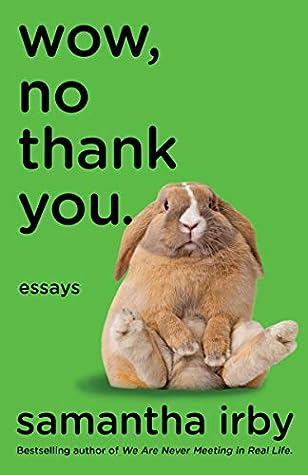 YMMV because her stories are about things like dropping hamsters due to aggressive menstrual cycles and shitting her pants and various other “swimsuit area” issues women sometimes have . . . .

But she also talks about marriage and step-parenting and her cats and everything else that isn’t quite so in-your-face and also . . . . . 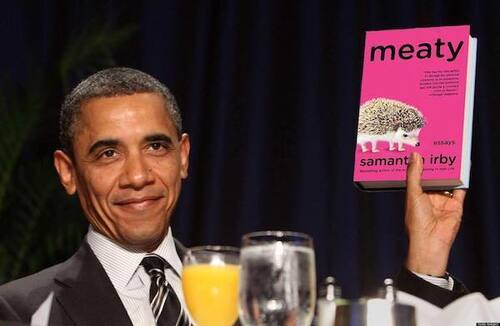 Also, she is a woman of a certain age who grew up dreaming of being able to channel the lies of Veronica Sawyer, Vickie Miner and Daria Morgendorffer, who listened to badass bitches like Hole and Liz Phair and believes this video could quite possibly be the great unifier . . . . .

Not to mention, fantasizes about calling 911 regarding real-life issues such as . . . .

Hello, 911? I’ve been lying awake for an hour each night, reliving a two-second awkward experience I had in front of a casual acquaintance three years ago, for eight months.

I can’t watch This Is Us because even though the brothers are hot and the dad is a smoke show, in the first couple episodes the fat girl doesn’t get to be much more than “fat,” and wow, no thank you! Maybe there are fat people sitting around silently weeping about being fat every minute of every day, but that is a redemptive arc thin people like to see on television, and it’s just not the fucking truth.

Plus, we have the same policy regarding interactions with strangers on the intertubes . . . .

There’s no mute button for the woman at the grocery store who won’t stop asking you where the shampoo is, even though you’re pushing your own cart while wearing both sunglasses and a coat. But you know who you can mute? Everyone you hate on the Internet!

I double-dipped on this one and read part of it on the Kindle while listening to part while taking the dog for his daily stroll through the ‘hood. Irby’s delivery style (just like her writing) may not be for everyone, but for me the dry, droll reading added an extra level of hilarity.