The Operator by Gretchen Berg 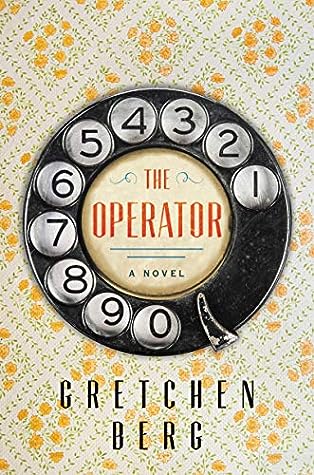 Man, I have a disappoint. This book had so much potential. To sum things up briefly, The Operator is a story that takes place back in the 1950s in a little town called Wooster, Ohio. The main character of the story is a gal named Vivian, who makes a living working for Ma Bell . . . .

Like all of the other operators, occasionally Vivian likes to listen in on a call or twelve two in order to keep up with the local gossip. But what happens when the gossip in question just so happens to be about her?????

This book is all about Vivian believing one dirty little secret from her past is going to become public domain, while eventually watching all of the skeletons fall out of some other townsfolks’ closets as well. As I said before, it had tons of potential (and that cover is the bees knees). Unfortunately, it fell flat for me.

Obviously YMMV, so if it’s on your to-read stack, give it a whirl.
Posted by Kelly (and the Book Boar) at 7:30 PM