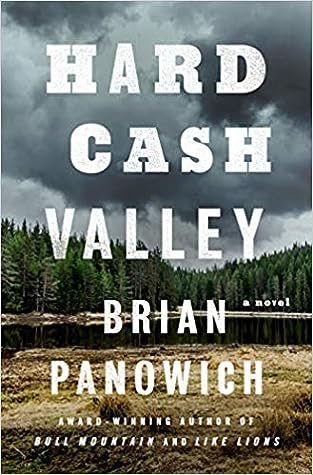 And with a best pal who always has my back, I’m sure to be at the front of the line when it comes to requesting an early copy. As the blurb states, Hard Cash Valley once again takes readers back to Bull Mountain, but this time the focus isn’t on the Burroughs clan. This go around deals with a fella named Dane Kirby, a part-time employee of the GBI who gets called in to an investigation down in . . . .

Featuring a dead small-time criminal who bit off more than he could chew and (more importantly) a “beat the clock” sort of search for the dead dude’s missing little brother who is being tracked by some seriously bad hombres due to his uhhhhhhhhhhh special abilities . . . . .

Not much more can be said without spoiling all the fun, but let’s just say this kid wasn’t counting cards, the local Farm (as well as the people who run it) ain’t exactly what those of us in flyover country are familiar with, there’s a whole bunch of characters who get introduced and all of them have more to offer the story than first impressions would offer. My notes say “every character is amazing aside from poor depressed Dane.” Not that Dane didn’t have stuff to offer – it’s just not stuff like this . . . .

“Tater – Boner – Rooster – everyone up here sounds like they were named after cartoons. Is there a Tweety Bird out here, too?”

So as I said above, aside from Debbie Dane Downer and an ending that got just a weeeeeee bit sappy, this was everything I could have hoped for. The fact that I read it in one sitting and upon finishing went around my house declaring things like . . . .

Means it gets all the Stars. Keep writing ‘em, Mr. Panowich, ‘cause I wanna keep reading ‘em.

ARC provided by NetGalley in exchange for an honest review.
Thank you, NetGalley!
Posted by Kelly (and the Book Boar) at 11:12 AM