The Bookish Life of Nina Hill by Abbi Waxman 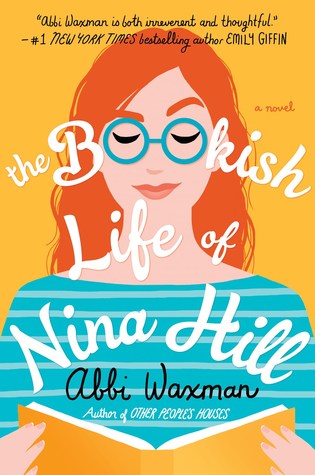 After reading Other People’s Houses I knew Abbi Waxman was going to be a go-to gal for me and I was all over trying to obtain an early copy of her new release. But alas the gods at the Galley of the Net declined me quicker than a jackrabbit on a date. Lucky for me I have a homey at Berkley (okay, full disclosure, I don’t think said person is aware that she is considered a homey of mine, but rest assured she definitely is) and I got a paperback hook up. And since I’m nothing but fail I read the publication date as 4/9/19 when I perused the “basket of shame” which contains ARCs, immediately panicked that I was over a month late to the party and proceeded to read it over the weekend. I just now noticed that this doesn’t come out until July - which kinda sucks because y’all need to add it to your TBR, but also is kinda perfect because summer is when you should read things that are light and fun and make you smile and this fits the bill perfectly.

The story here is of Nina Hill. She’s certainly bookish – both an avid reader by hobby as well as a bookseller by trade. Nina is perfectly content to live her quiet, structured life (à la her heroine Monica Geller) consisting of various book clubs, participating in trivia competitions with her friends on their team “Book ‘Em, Dano,” contemplating the invention of the bullet journal and meaningful conversations with her cat Phil. What Nina would have never expected was to discover the father she never knew left her a legacy of a family she never thought she would have upon his passing or that actual romance might come her way rather than just the make-believe kind she was used to experiencing via Jane Austen re-reads and movie viewings.

Now I know you’re not supposed to quote early copies because they are subject to change before release date. However, (1) rules are meant to be broken and (2) I don’t think they should change one word so Imma post something in order for you to figure out if you’d like to add some Nina to your life this summer. (Spoiler alert: The answer is yes, you do want to add some Nina to your life.)

“I really shouldn’t drink at all; I’m hopeless at it. I get drunk right away, then hungover two hours later. I don’t do it well.”

“I usually end up crying.”

“Wow. Then yeah, you should stick to soda.”

Very rarely does a book come along that has me saying . . . .

It made me have a “smiling’s my favorite” kind of day and I never wanted it to end. All the Starz.

Endless thanks to Berkley for putting this little slice of perfect in my hands early in exchange for an honest review.
Posted by Kelly (and the Book Boar) at 7:30 PM