The Beach by Alex Garland 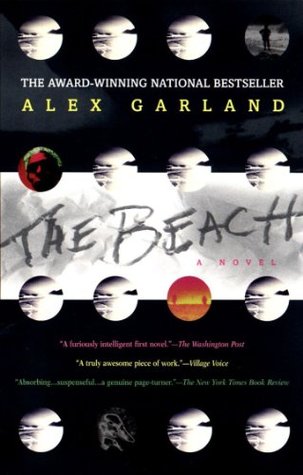 All I knew about The Beach before beginning is that it was a movie I never watched starring little Leo that was released about 72 years ago and that it seems to be on many “if you want to call yourself a bibliophile, you better read this” type of lists. Now that I’ve checked it off my reader’s bucket list I’m a bit at a loss for what to say. This is a story that had A LOT of things that I typically enjoy.

Idiots abroad who stumble across a giant pot farm . . . .

So why the mediocre rating? Well, it also had some things that I don’t typically enjoy such as a lot of underlying political/social messages the author was trying to get across . . . .

And that unreliable narrator mentioned above? What was his name again? Richard? Yeah . . . . .

Not to mention his fall into insanity or wicked trips or whatever the eff was supposed to be going on had me like . . . .

And I know it was supposed to be because he was obsessed with Vietnam via movies and whatnot rather than actually being there, but it was still stupid.

In a strange turn of events, I actually liked reading about the place more than about the people this time around. Which goes to show I might be the most unreliable narrator of them all since I just totally flamed a book for being too descriptive about the setting.
Posted by Kelly (and the Book Boar) at 7:30 PM