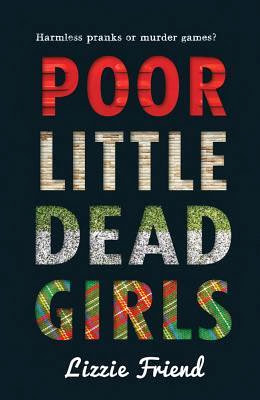 When Sadie gets an athletic scholarship to an exclusive ivy league prep school, she's beyond thrilled.  Shortly after settling in to her new surroundings, she finds herself kidnapped and placed under a grueling interview process to become a member of an exclusive secret society.  At first she’s simply pissed at the embarrassment of being a part of this type of hazing ritual, but when she discovers her life will be filled with fabulous clothing, a wonderful new boyfriend and friends who will have your back no matter what, Sadie changes her mind.  That is, until she realizes there is more to this secret society than meets the eye and the connections don’t end with just an elite bunch of high school students.

This was a fun little book.  The mystery isn’t earth shattering and there aren’t a whole lot of twists or turns in the road before you get to the finish, but I wanted to keep reading it anyway.  I found the heroin likeable, the supporting characters interesting, and the dialogue quick, witty and believable.  Note:  They sometimes talk like teenagers so if you hookers don’t like that, then whatevs (seriously, phrases like that are contained in this book so don’t say you weren’t warned).  I’m not generally a reader of the “YA Thriller” genre, but I think this one would receive a pretty decent ranking for those who look for those types of books.  It also had the bonus of two roommates who, although not a HUGE part of the storyline, conjured up this image for which I will be eternally grateful ; ) 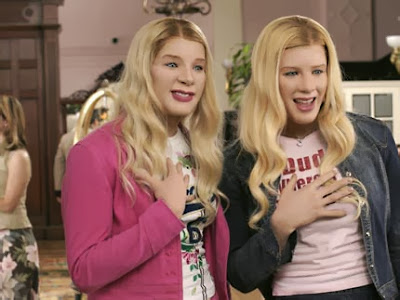