On the Island by Tracey Garvis Graves 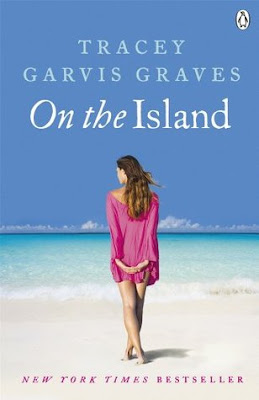 17-year old T.J. is in remission after battling cancer. His mother has decided to celebrate by having the entire family spend the summer in the Maldives and has headed there early with the rest of the family. T.J. does not share his mother’s excitement (especially after learning 30-year old teacher Anna will be tagging along as a tutor to get him up to speed with his schoolwork) and sought a few day reprieve from the vacation by staying in Chicago. He and Anna are en route to the vacation home when the pilot of the seaplane they are on suffers a fatal heart attack and crash lands in the middle of the Indian Ocean. They make it to one of hundreds in a string of inhabited islands, but how will two city dwellers ever survive living on a deserted island?

I will gladly admit one of my earliest guilty pleasures was “The Blue Lagoon”. It was so awful and campy, but I just looooooved it so when this popped up on the radar in the middle of July, I was all in. This book brought back all of those old feelings and was the perfect summer read. I was prepared for it to be all porn-y and get squicked out by the age difference of T.J. and Anna, but it wasn’t like that at all (a pleasant surprise). Recommended to anyone who wants to read a better-than-average romance novel and escape for a day or so.
Posted by Kelly (and the Book Boar) at 10:53 AM