Gods In Alabama by Joshilyn Jackson 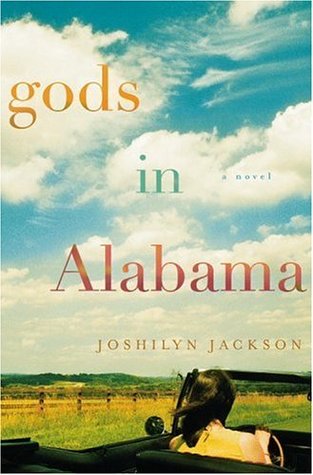 There are gods in Alabama: Jack Daniel's, high school quarterbacks, trucks, big tits, and also Jesus.
When it comes to the question of if I want another “maybe you can go home again” story, my answer is always a resounding . . . .

And when it comes to other items contained within these pages, my thoughts go a little summin’ like . . . . .

Meet Arlene. Back in the day she was quite the town bicycle (you know, because ERRRRRRYBODY got a ride). That’s okay, though because . . . . .

She also had her reasons, but you have to read the book to find out what they are. Arlene shook the dust off of her home town and never looked back . . . until a former schoolmate comes banging on her Chicago apartment door asking about a long-dead former high school football star. That’s the catalyst that drives Arlene (and her black beau) back to her home town and the sins of the past. Gods In Alabama is a story full of unforgettable characters, quirk, humor and heart and one that I can’t recommend enough.

My first Joshilyn Jackson was Never Have I Ever, which was a trashy delight. However, I would have never guessed this author would deliver such great Southern fiction (and I believe this one was her debut which is even crazier). I’m officially a fan and will be picking up all of her other books in the future.
Posted by Kelly (and the Book Boar) at 7:00 PM